Spring must be on its way.

Although it didn't feel like spring when we were standing in what seemed to be a very cold wind tunnel collecting for the Alzheimer's Society yesterday, judging by the flowers that are appearing it must be on its way.


When I moved here in 2009 this wisteria appeared - I presume it was a seedling.  Over the last couple of years I have trained it up and over the pergola.  It now has a group of flowers at the base, another halfway up the post and more hanging down although a lot are lying on the ground, presumably knocked down by the numerous birds. 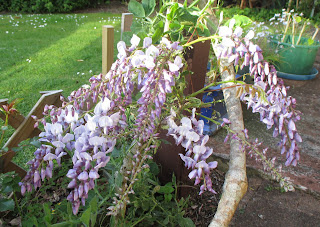 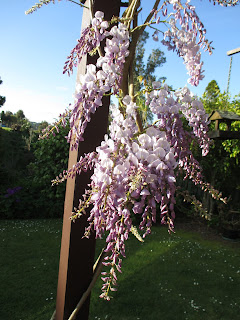 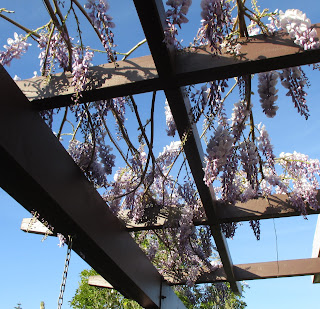 When we were in the north I had a couple of New South Wales Waratah bushes but do not have one down here, however, Doug has several and I picked these flowers yesterday. 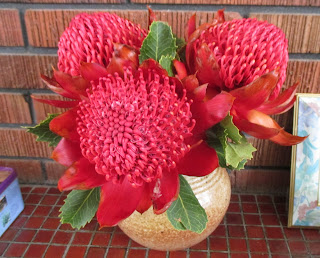 The clivias always do well. 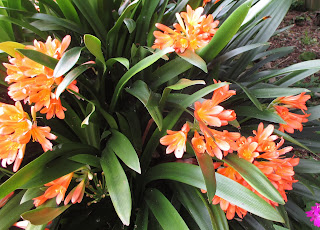 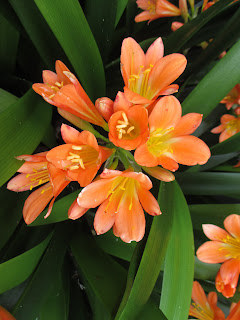 I had just one geranium maderense but scattered its seeds around and now have several of them some, like this one, growing on the rock wall. 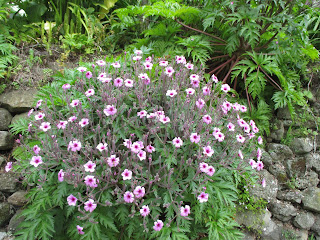 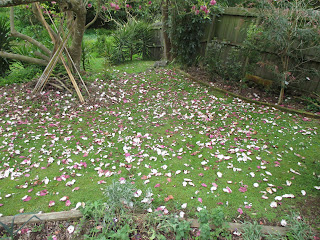 There is also the promise of delicious plums to come judging by the flowers. 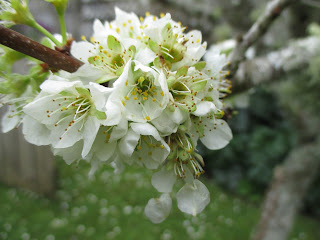 The weather is springlike.  We have had some lovely warm days and I have managed to get into the garden and have a go at the numerous weeds.  This morning was lovely and reasonably warm as Doug collected me for our Saturday morning ritual of the market, dog walking and  supermarket shopping.  The temperature has just dropped and there is quite steady rain.  I just checked and rain or showers are forecast for the next ten days just when I want to get on with the weeding.

Another visit to the Vet

On Tuesday Kim was not happy.  She did not eat and just wanted to sleep.  I noticed a small mark  (presumably from a cat fight).  We have lots of cats here, many of them are very large and like sitting in my flower beds waiting for birds.

Anyway, I took her off to the Vets yesterday morning and the verdict was an infection caused by a wound from a cat fight.  She was given a couple of injections (much easier than a course of tablets).

She came home and disappeared.  I looked in all her usual hiding places then finally I went into the spare bedroom that I use as an office and heard a small meow.  She had crawled into a supermarket chilly bag that was lying on its side. 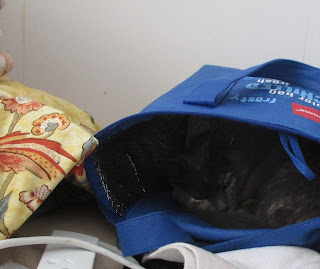 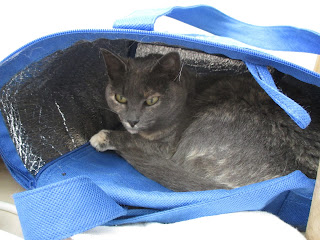 This morning she is much happier.

I have set up my watering system so that when I see a cat in the garden I can go out and turn it on.  Had to do it several times yesterday to move the neighbour's cats on.
Posted by Susan Heather at 3:47 PM 8 comments: