We seem to be so busy that finding time to sort through these photos has been hard.  Anyway, on our first morning at Westport we drove to the start of the Cape Foulwind walk to see the seals.  At this stage Cyclone Debbie was bearing down on New Zealand and, with the West Coast being notorious for its wet weather, we were expecting the worst.   Although it was windy with salt mist it was a pleasant walk.  Looking it up on google it looks as though it was just under 4 kms each way and was an easy track.  We walked on past the seal colony to Tauranga Bay car park where there was an enterprising lady with a mobile coffee shop selling not only coffee but tea, hot chocolate and light meals.

While enjoying our coffees we were joined by some Weka. 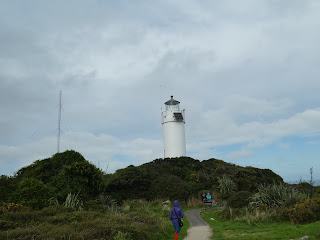 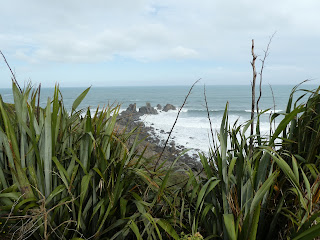 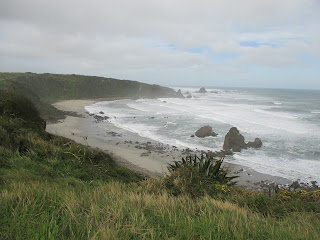 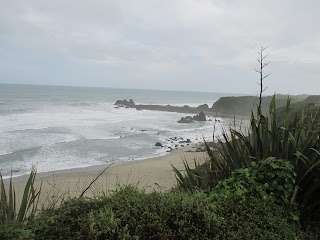 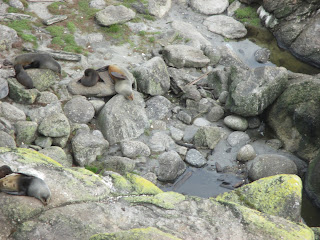 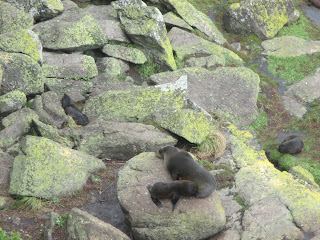 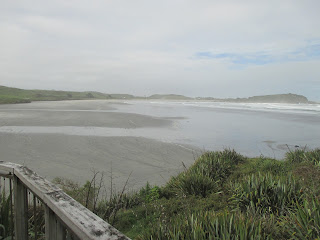 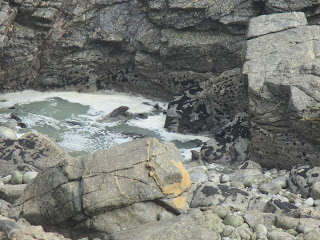 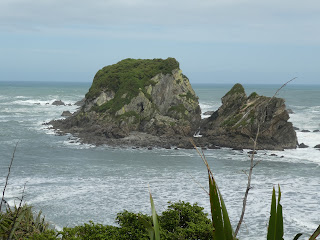 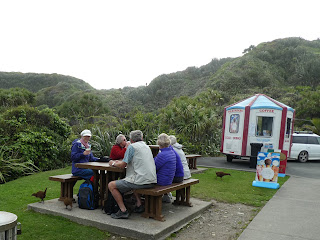 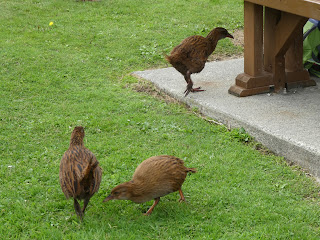 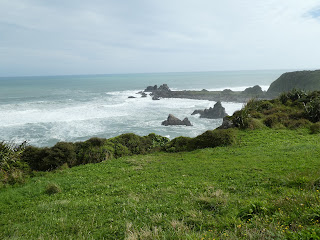 The second day of our trip took us across the top of the South Island in the coach to Westport.   Our first stop was at the Ernest Rutherford Memorial not far out of Nelson.  He was born and schooled in the area. 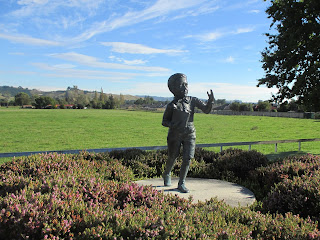 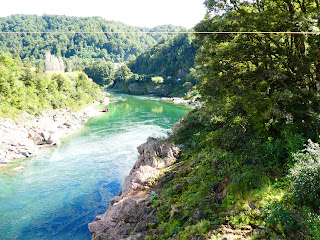 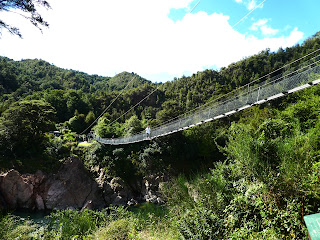 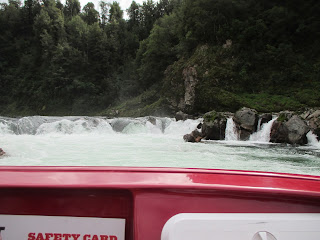 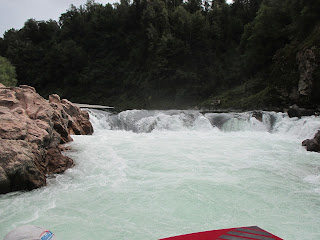 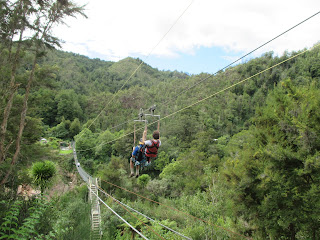 After this we had some rain on our journey to Westport.

I see that I haven't posted since the 6th March but life has been hectic.  Most of the time has been spent just settling in.  Among other things, Doug has been busy building a new cupboard in the kitchen which is just about finished.  As well as this we have just  been on a trip to the West Coast of the South Island.  We booked with a local tour group some months back.

Neither of us have been on a coach tour before and were a bit apprehensive.   The weather forecast for the week was not good as the remnants of Cyclone Debbie were due to hit New Zealand after causing havoc in Australia.  On Saturday (April Fools Day) we had to be at the nearest bus stop at 5.45 a.m.  with our luggage.  Needless to say we were hoping it would be fine and it was.  People were picked up around town and we headed to Auckland Airport where the coach was left and we flew to Nelson on two separate flights.  It was a beautiful day and a good flight.

Gary (the tour owner) was on the first flight and collected a coach he had hired in Nelson and picked us up at the Airport before taking us on a short tour around town and dropping us at our very nice hotel.  We had a short time to settle in and he picked us up again for another tour on the other side of town before returning to the hotel.  We had a delicious evening meal. 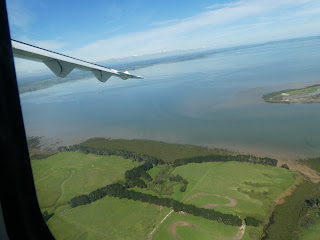 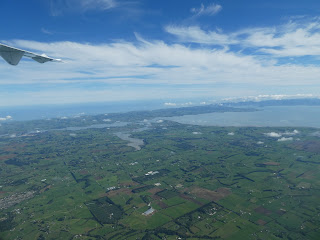 The harbour at Nelson 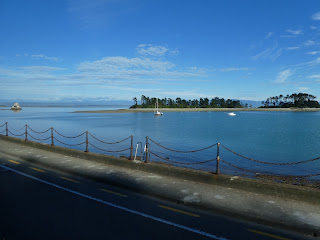 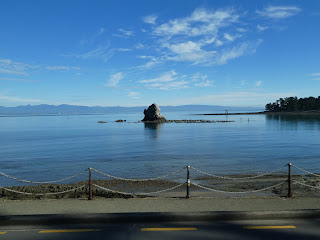 View across the river from our hotel 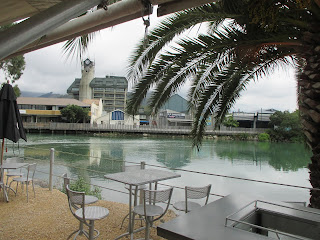 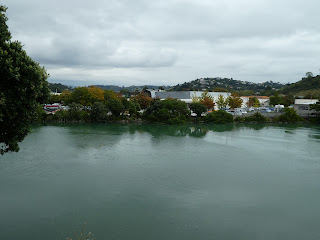 Posted by Susan Heather at 6:38 PM No comments: