Only two more sleeps to go till moving day.  On Sunday my stepson came up with a friend to help.  I asked him to cut the hedge along my drive.  It is actually my neighbours' hedge.  He didn't take long and I think it looks great.  Meanwhile his friend, Erika, swept up all the clippings.  The red bits you can see on top are on the neighbours' side. 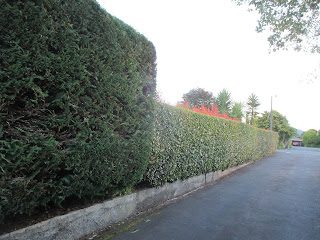 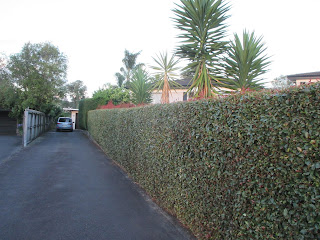 A couple of nights ago I noticed the cacti next to the garage was in flower. 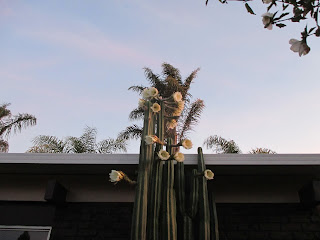 and now the frangipani is starting to flower. 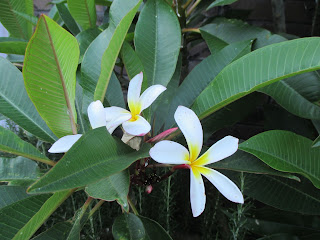 I think we are on track with the moving.  Lots has been given to the family, Hospice, Women's Refuge,  SPCA and this morning the Salvation Army are picking more up from Doug's.  Not much is left in my house now except the furniture for the removers on Wednesday.  That will leave Thursday for the last of the cleaning.

Email ThisBlogThis!Share to TwitterShare to FacebookShare to Pinterest
Labels: moving

Yes, it is finally raining and there has been lovely steady rain all night.  The forecast is for it to continue for most of the day - yipee.  A drought was declared last week.  New Zealand has been like two separate countries this summer.  Most of the country has had a lot of rain whereas Northland has been hot, dry and sunny.

We have had the occasional forecast of rain but it has come to nothing until this.

New South Wales has been in the same situation and yesterday we read of floods in Sydney but it looks like our rain will just be steady.

It is wonderful not to have to do watering to keep everything alive.   It won't be enough to break the drought for the farmers but it is so very welcome. 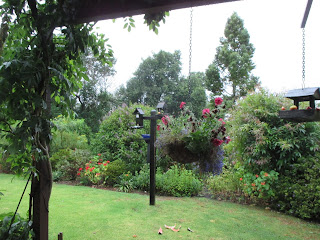 The temperature has dropped as well. In the past weeks it has usually been over 30 degrees whereas the forecast for the next couple of days is in the early 20's.  At the moment the forecast is for light rain on Monday and Tuesday, fine on Wednesday (for my move) then rain again for Thursday to Sunday which would include the purchasers moving in on Friday.  We have often had these forecasts over summer and they have come to nothing.  Anyway, although the rain is much needed I have my fingers crossed for a fine day on Wednesday and, hopefully, Friday as well.
Posted by Susan Heather at 8:06 AM 12 comments:

Email ThisBlogThis!Share to TwitterShare to FacebookShare to Pinterest
Labels: Rain

When Doug bought his house at the end of 2008 he redecorated.  He is doing it once again.  First he sold the lovely bedroom suite he had built for one of his daughters many years ago and then decorated what had been the spare bedroom.  Now he and Sophie have moved in there and he has just painted what was his bedroom and is soon to be mine and Kim's with entry to the new cat run through the open window. 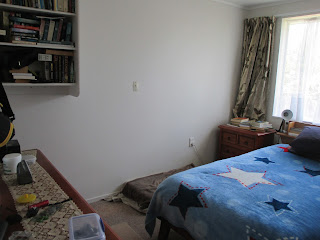 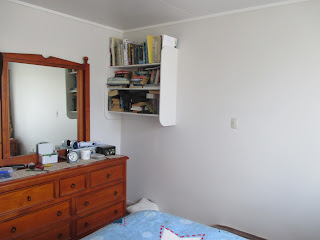 It has now been painted in the colour scheme from my current house that Doug redecorated over winter and is ready for my furniture to arrive in just a fortnight's time - so much to do in the meantime!!!! 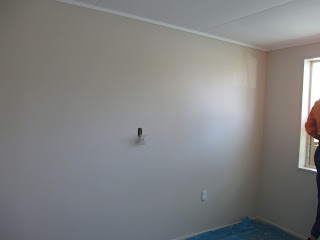 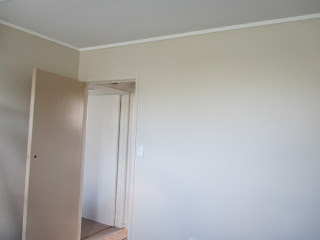 While Doug is painting I am sorting through cupboards and we have been either giving items to his family or selling (in the case of the bedroom suite) or donating to charity.  We have to fit the contents of two houses into the smaller of the two.  Hey ho....
Posted by Susan Heather at 8:27 AM 4 comments: