HUNT FOR THE WILDERPEOPLE


We have just been to see the New Zealand Film "Hunt for the Wilderpeople".  It lived up to everything we had heard about it.  It was based on a novel by Barry Crump see here

It is very much a New Zealand film and the scenery is magnificent.  I give it a ten out of ten.

Email ThisBlogThis!Share to TwitterShare to FacebookShare to Pinterest
Labels: Hunt for the Wilderpeople

We are having an Indian Summer and, apparently, it is set to linger for another three weeks.  It is Tee Shirt and shorts weather, in fact that is what I have been wearing today and have, at times, been too hot.  When you think that it is May (the equivalent of November in the Northern Hemisphere) we should be having temperatures several degrees lower - it was 24 degrees C. yesterday and that would have been at the airport where temperatures are usually lower.

Anyway, I took a few photos today.  The top two were at Tikipunga Sports Field when we were walking Sophie this morning and the bottom ones are in my garden.  Although we have had very little rain there has been heavy dew which has helped the garden.

I have also been releasing 3 - 4 Monarch Butterflies every day. 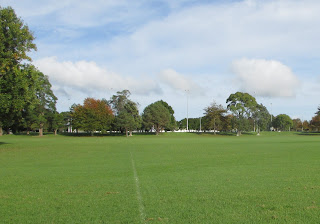 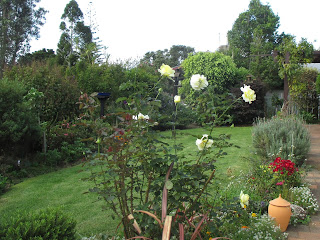 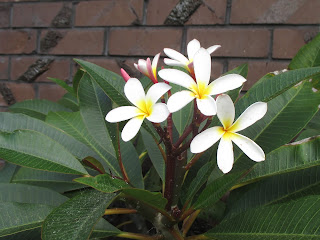