Our last full day on this tour was spent on the Mail Boat Run on the Pelorous Sound.  Once again we were lucky with the weather.  Apart from delivering mail to various bays around the Sound we also got to see some oyster and salmon  farms.  It was a most enjoyable day followed by a delicious meal at the Mussel Pot Cafe 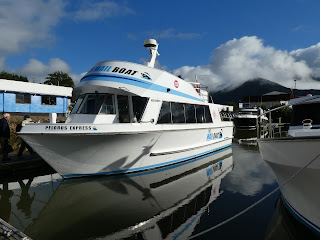 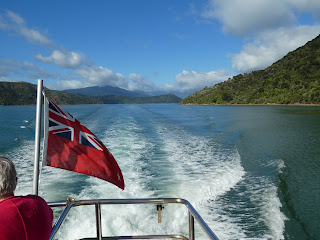 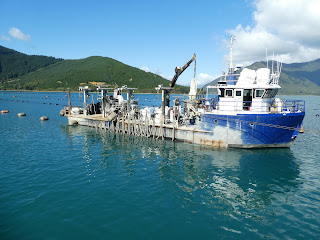 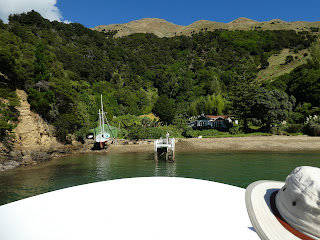 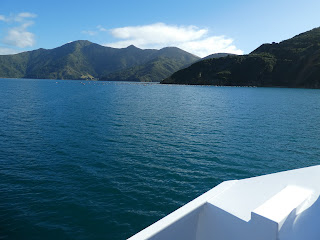 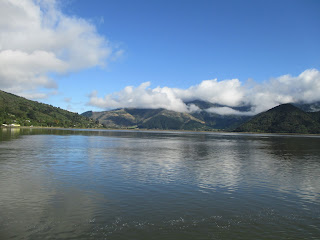 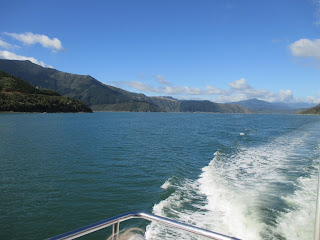 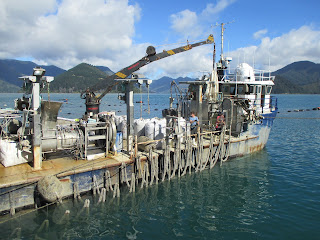 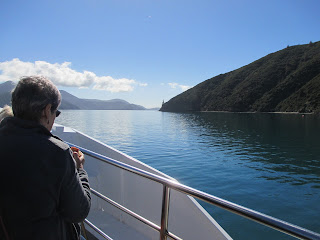 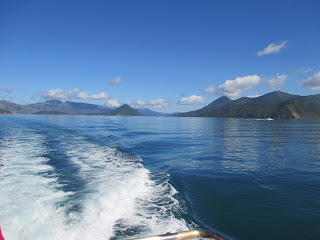 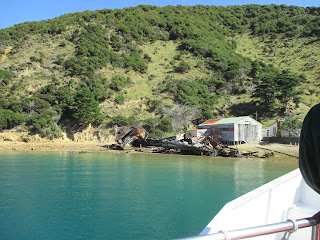 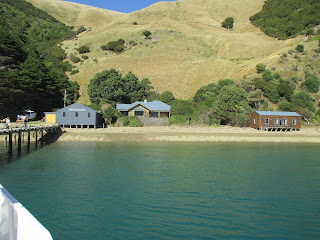 This was all so long ago (the beginning of April) but I want to get it all down so that I can look back on it later.  On Day 6 we awoke in Reefton to a chilly morning and after breakfast went for a walk along the main street.  The town owes its origins to the discovery of gold bearing quartz reefs in the locality in the late 1860s when the gold rush fever hit the West Coast.

The town itself became established about 1870 and immediately became an entrepreneurial and prosperous place.
With mining came technology and innovation, and in August 1888 Reefton became the first place in New Zealand and the Southern Hemisphere to have a public supply of electricity, even before the fashionable suburbs of London and New York

First we visited the

Bringing history further to life are the Bearded Mining Company at the Miners Hut. This replica hut depicting 1860s style housing is made of native cedar slabs and set amongst native plantings right in the heart of town on Broadway.
Gavin, Peter and Geoff are 'in residence' all year, and welcome visitors in to learn how a miner lived in the 19th century when the promise of gold lured thousands of prospectors to the area.
You can sit in front of the fire, enjoy a cup of tea, watch pieces of iron and steel being shaped on the blacksmith forge or try your hand at gold panning where flakes of gold are 'guaranteed' to be found. 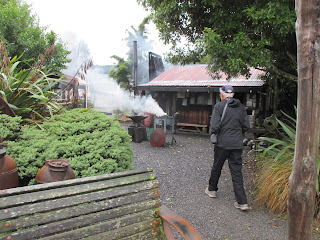 I then walked to the end of the shops where I could see several people from our tour.  There was a shop which sold most things from second hand items to jewellery,   The shop was owned by a gentleman who has bought most of the town and is responsible for its thriving.  Unfortunately, I didn't catch his name.  I remember him though as a tall man in a high vis jacket delicately helping  one of the ladies in our group to try on a necklace.  Not a lot of people around in the town as it was still quite early. 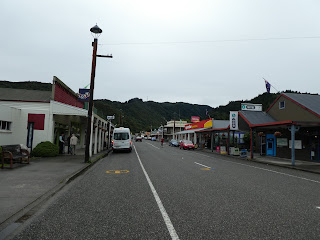 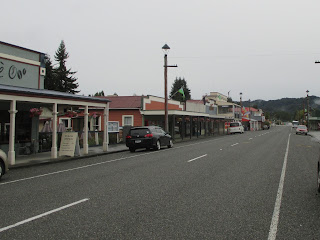 This gentleman was about to join a coach load of American Tourists to guide them around the area. 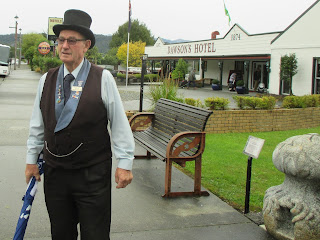 After that we boarded our bus for the trip to Havelock.  The tour was arranged so that we travelled on a different route  to that on our outward journey at least part of the way.

We did stop at  Murchison once again for our lunch.  We then went to St Arnaud to see the lake and then on to Havelock where we were to stay for two nights. 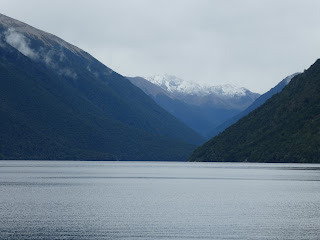 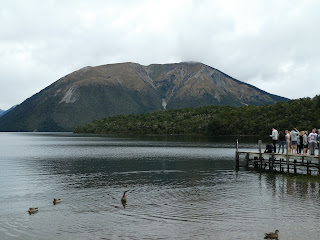 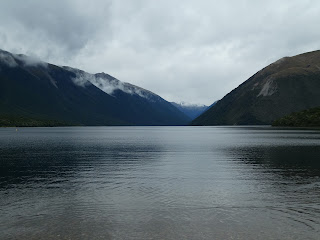 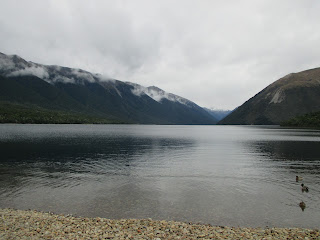