After much deliberation as to the best model we finally bought a new Water Blaster yesterday.  This morning Doug came around full of enthusiasm  to start the job. 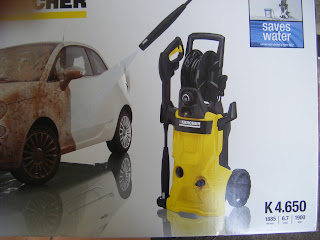 When he opened the box instead of this


as seen on the box what he found was this.  Anyway, it is now assembled and right now is being used to clean my concrete.  Wonderful 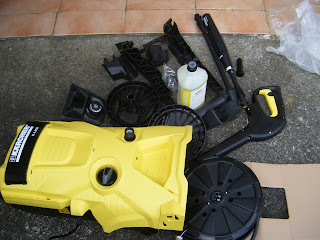 Although the light has made this photo a bit blurred this is the letter box after the final painting. 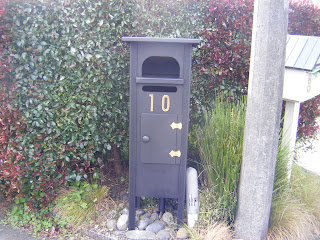 The letterbox that was here when we bought was never very marvellous.  Doug has just built me a new one and installed it to-day.

Plenty of space for papers and parcels. 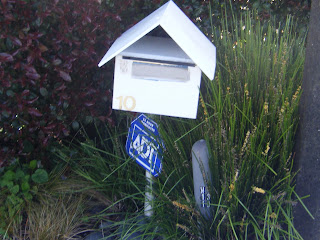 and "trumpet call" the new one 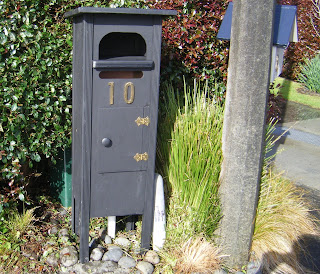 We, or rather Doug, still has to put the home security sign back up and do some touch up painting including painting the white pipe ebony but I am thrilled with it.  Isn't he clever.
Posted by Susan Heather at 3:43 PM 8 comments:

Email ThisBlogThis!Share to TwitterShare to FacebookShare to Pinterest
Labels: Letterbox

Spring is on its way

I don't know where the time has gone.  It has been a wet day today but spring appears to be on its way.

These plants are waiting to be planted out. 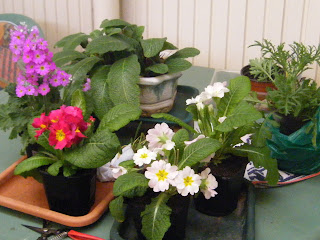 The Rhododendron is having its second flowering.  Not an exciting one but it adds a touch of colour. 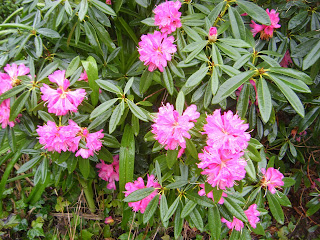 This stock? was part of a bundle of seedlings from Awapuni. 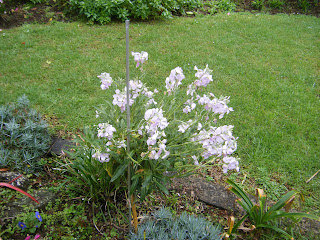 The Magnolia is doing well this year.  I have a second one - same colours but a narrow pointed flower. 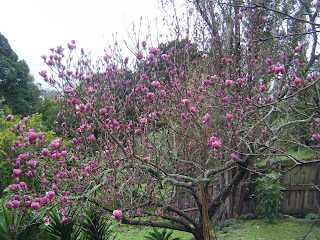 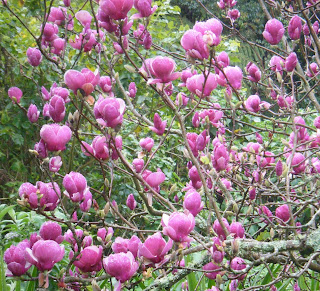 The daffodils are just coming into flower. 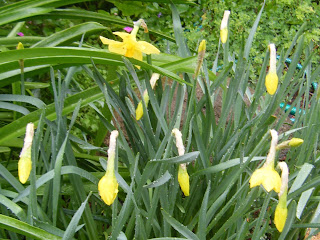 When we bought there was a "summerhouse" which we named the Rose Hut as it was covered in a huge Banksia Rose.  I think I had actually given it a prune in this photo. 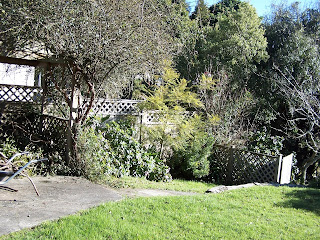 I cut it back very hard and it had actually grown through the cedar shingles on the roof. 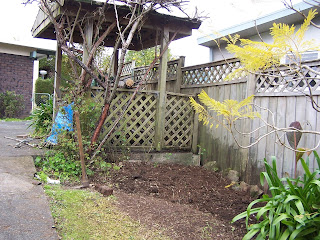 Recently Doug, my knight in shining armour, has virtually rebuilt it.  I am thrilled with the result.  Now all I have to do is get on with more pruning, weeding and planting out. 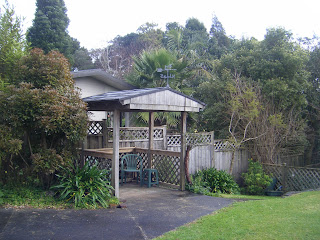 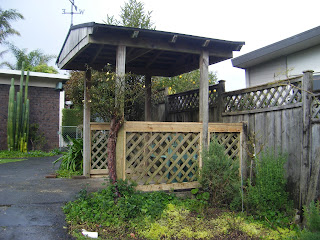 Margaret, who organises the Parkinsons' Walks seems to have a direct link to the Weather Man and once again after a couple of days of rain we had a perfect day.

We started at the Town Basin and crossed the river to walk along Riverside Drive to the new Bridge, over it and back on the streets the other side.  Next year there will be a footbridge leading back to the park by the Wave and Waka making a shorter and more pleasant walk.

Yesterday, I went back to the Asthma exercise group that I used to attend.  I stopped going nearly a year ago.  Doug came as well as he was keen to get back to exercising. After visiting Max we then took Sophie for a walk from Whareora Road through the bush.  We haven't walked her for a while as she was having trouble with one of her legs.

After not much exercise for a while I have a very pleasant tiredness at present. 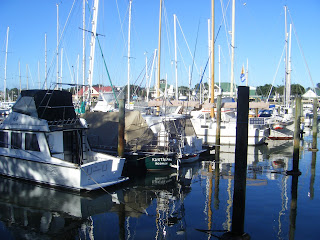 The Wave and Waka Sculpture from across the river 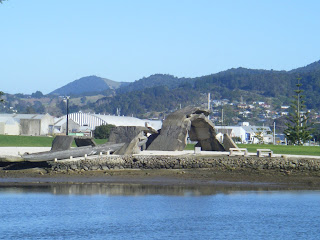 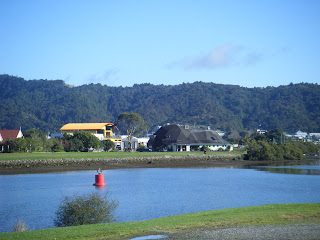 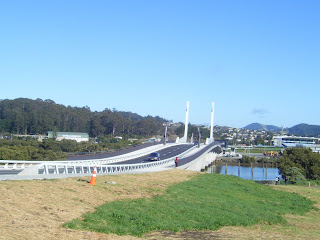 Looking back towards the Town Basin.  The river coming from the left is the one that will have the footbridge. 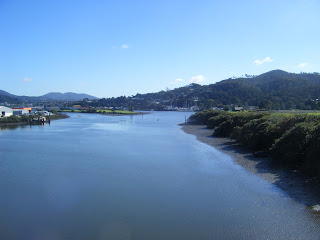 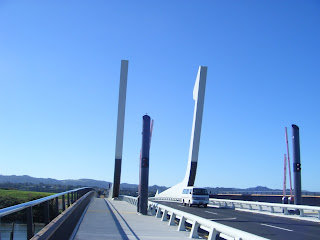 Brian Brake:Lens on the World

The above exhibition is touring New Zealand from Te Papa, the National Museum in Wellington.  It has just come to Whangarei and will be here until November 1st.

Doug and I went this afternoon and it is well worth a visit.  As well as numerous of his photographs there is also part of a documentary showing him taking photos at some beach races.

Just a couple of photos from the exhibition.

The following is a link to the Te Papa website.

I have just heard that my cousin's grand daughter Annabel Cattermole and Bryony Bennett-Lloyd are the new International 420 Ladies World Champions- CONGRATULATIONS.

Annabel visited us in New Zealand with her parents as a very young child.


The following is from the British International 420 Class Facebook page.

We have GBR women as World Champs again! Annabel & Bryony triumph in Valencia.
Having built their position in the Qualifiers, led the Fleet through the Finals, they were evidently keeping their cool on the last day – while all kinds of turmoil and change was suddenly happening behind them - Annabel Cattermole & Bryony Bennett-Lloyd are <b>International 420 Ladies’ World Champions 2013</b>. A great culmination to their campaign together and beating many teams that have been at the top of the Class over recent years. Many congratulations. Woop! Woop!