A fortnight ago we walked up the Ross Track to the summit of Parihaka and discovered several people waiting for a helicopter which was going to fly a Kohato (rock) onto the new viewing platform.  We had known that it was about to happen but not which day and so we waited with Council staff, reporters, cameramen and other walkers.  It was quite a tricky operation as there is a War Memorial on the summit as well as several trees.

As we didn't know we would be seeing this I didn't have my camera with me (note to self - it may be time to upgrade my cell phone).

Last Saturday was the unveiling.  As usual we went to the Growers' Market and then walked Sophie on "The Loop" at the Town Basin. 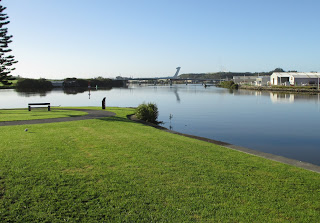 There was a celebration for the opening of a new portion of the track. 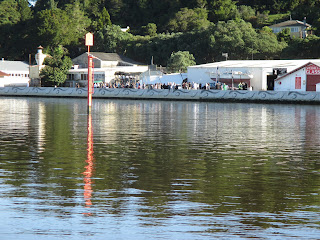 After going to Doug's  to leave Sophie and have a coffee we walked up the Ross Track again to see the official unveiling of the Kohatu.. 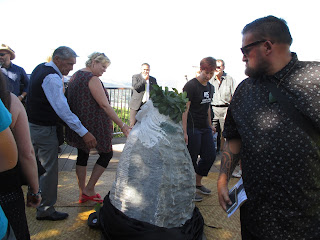 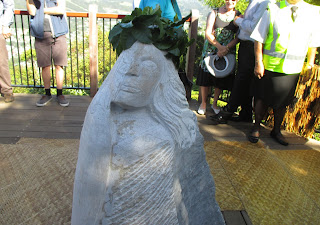 There were so many people there that it was hard to get photos so yesterday we went up by walking from Whaeora Road and up the Ponga and Dobbie tracks - a much longer walk and more of an effort in the heat of the day.

It was a better day for photos. 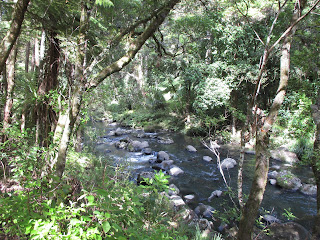 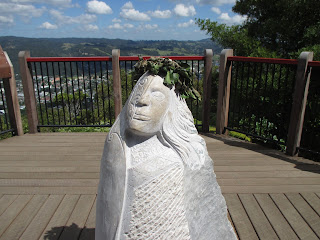 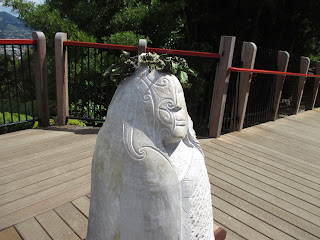 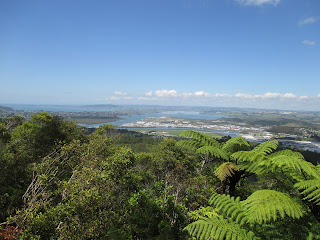 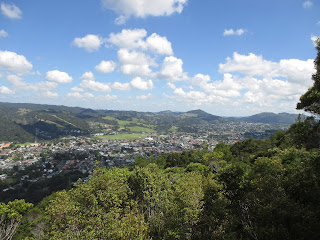 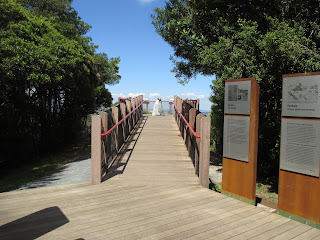 If anyone wants to read about it I found this link to the Council website.

Posted by Susan Heather at 4:31 PM