We recently walked the Waimahanga track again with the Parkinson's walking group to see the new bridges.  Below is an extract from the Whangarei District Council website.

the replacement of dilapidated 100-year-old bridges along the Boswell Track, part of Onerahi’s Waimahanga Track.


“These bridges were built at the turn of the century and are only 600mm wide.  That makes them too narrow by today’s standards, and they are also very old. The new bridges will be 2.5 metres wide,”

The first two photos are of the old bridges which  I found on a previous post. 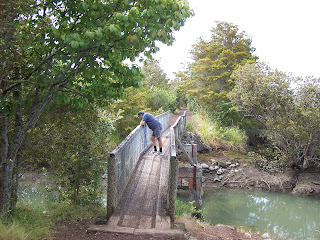 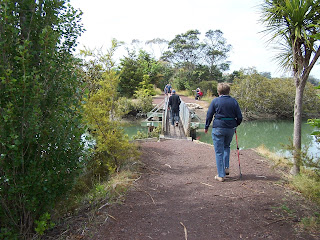 Below are the new wider bridges.  There has been a lot of work done on new cycle/walking tracks in the district and one goes from Whangarei to Onerahi and links up with this track.  I think (and hope) that this one will remain as it is and not be concreted.

Shortly work will begin on a new walkway from Kamo into the city alongside the railway tracks.

We will have to get our bikes out again. 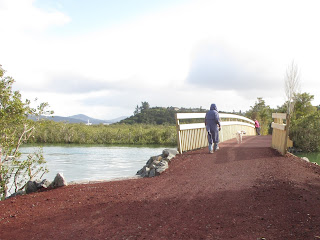 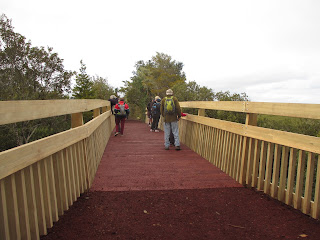 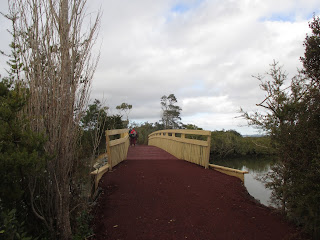 Posted by Susan Heather at 3:25 PM

Email ThisBlogThis!Share to TwitterShare to FacebookShare to Pinterest
Labels: Walkways