On Saturday Doug and I took part in the first Colour our City Parade.  This was organised by a group who are behind the proposal to convert an uninteresting building at the Town Basin into a Hundertwasser Inspired design.  There is a a lot of controversy and a referendum is being held shortly.  The building is a council owned one. 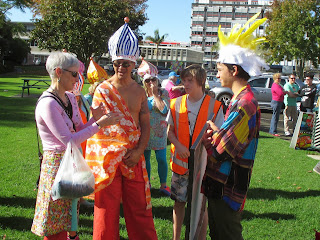 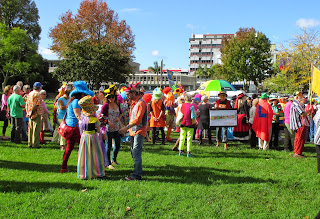 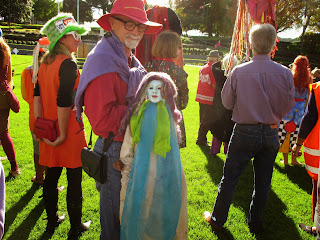 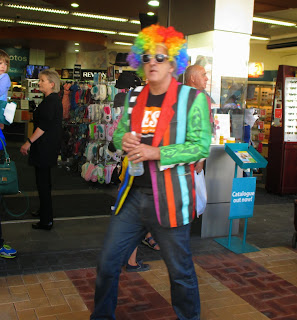 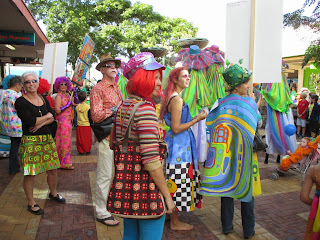 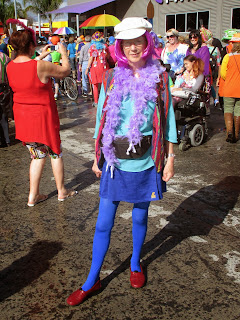 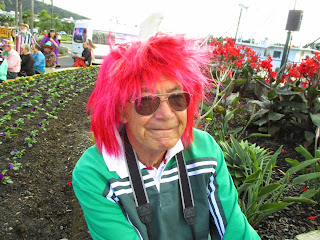 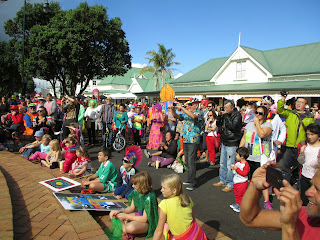 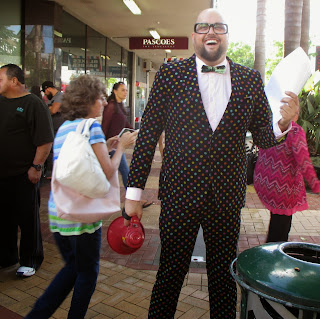 I am having trouble with the photos but it shows the colour.  Doug and I purchased the wigs halfway along the parade at a variety store.
Posted by Susan Heather at 3:19 PM

Email ThisBlogThis!Share to TwitterShare to FacebookShare to Pinterest
Labels: Colour our City Parade