The outside of what was the Verandah but is going to be the Sunroom is now finished.  Doug decided he was going to finish the outside before tackling the inside.  We have been so lucky with the weather and when it finally starts to get worse it will mean that he has indoor jobs to do.

This was after he had finished the timber work but before painting. 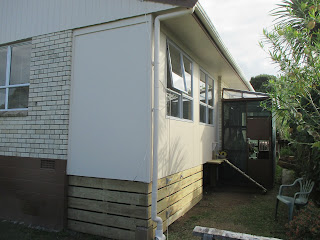 and now it is all painted. 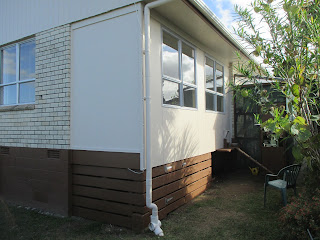 He has plans for the bare wall. 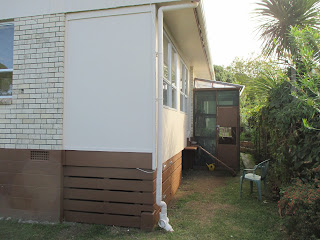 the ramp and small deck for Kim the Cat 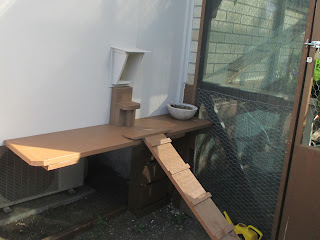 He is going to start another outside job before working on the inside of the Sunroom.

This house was originally built for the Constable in Tikipunga in the days when one had such things.  The door on the left of the porch went into the Constable's cupboard where he kept the "tools of his trade".  Behind the door now is the second toilet which is in the bathroom.  Before starting on the inside of the Sunroom Doug is going to do the work necessary  on the outside of this wall.  He will then tackle the inside of the bathroom after finishing the Sunroom.  Can't have him getting bored!!!!! 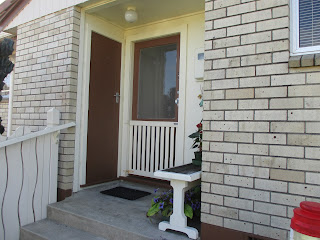 Posted by Susan Heather at 3:16 PM