Friday was a little easier.  We had Doug's Grandson and his wife here for lunch and a catch up.  They are due to have our third great-grand daughter next month.

It was good to spend some time with them.

On Saturday, as we were driving to the Growers' Market we noticed the Main Street was closed off and there were cars on display.  After we had done all our chores we returned to town.  It turned out that the four main streets were closed off.  It was a show of hot rods, saloon cars and motor bikes and there were people everywhere.  The weather was great and there were several bands playing.

I had expected just a few cars but by the time we had walked around the whole area it was getting a bit late to go home and prepare lunch so we went to the Cafe de Paris again where I had my usual buckwheat galette and Doug had a delicious looking Burgundy Beef pie with chips and salad.

Just a few of the cars on display. 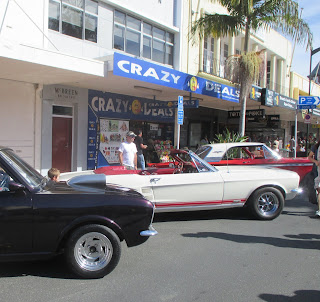 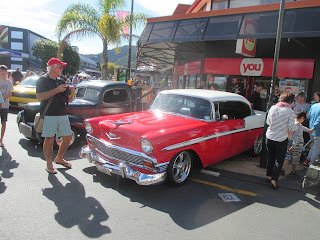 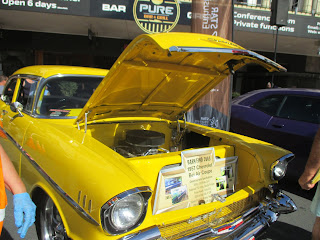 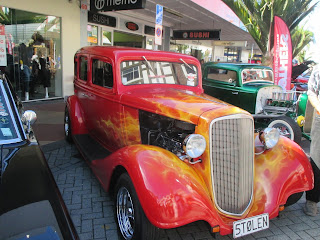 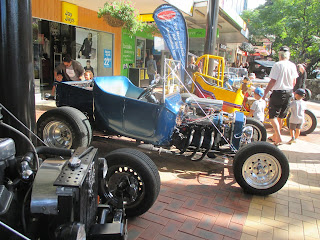 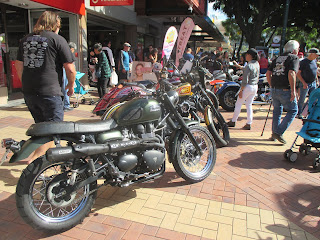 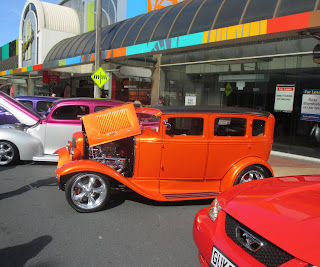 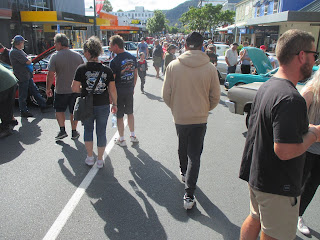 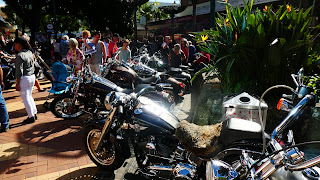 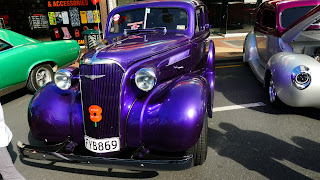 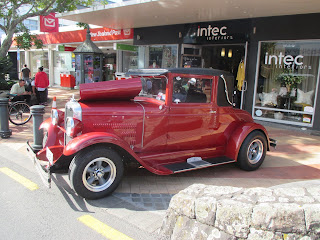 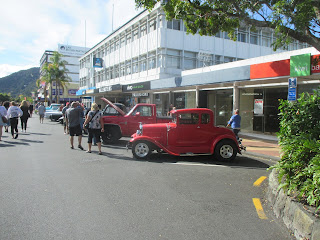 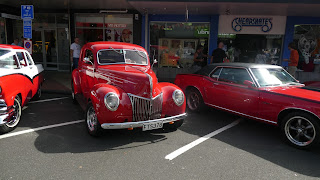 Posted by Susan Heather at 9:24 PM