Quite a day.  First thing I had a phone call letting me know that a friend, who I have known since coming to New Zealand in 1965 and now lives in Sydney, had come home to find her partner on the couch.  When she tried to wake him she realised he was dead.  In the meantime  his son phoned the ambulance which duly arrived.  Her G.P. who she had only just visited arrived but, apparently, used the wrong form for the death certificate which meant that she ended up with the coroner coming and the police.  She looks after children for a solicitor and she phoned up in the middle of all this and also came to the flat.  I really don't know how so many people managed to fit into the small flat but they did.  It was all most traumatic for her.  Finding J. dead was bad enough but to have all the extra drama was too much.  She is also due to have a thyroid operation in August and has trouble talking and swallowing.

I phoned her later in the day and, in the circumstances, she sounded quite good.

When I received the call I was just about to go on a walk with a lady I met a couple of weeks ago.  We went to A.H. Reed Park in Whareora Road and walked alongside the river to the Whangarei Falls.  It took us an hour there and back.  That was long enough for me as the Scottish Country Dancing yesterday was quite tiring.

After a quick lunch I then went to a Scottish Country Dancing School being held in Kamo for more experienced dancers (just to watch).

On coming home I had a phone message to say that my hubby had two more falls today.  I just don't know what can be done about this (I was even thinking of bringing him home but then reality came to the fore and I realise that would not help anyone).

Still it was a beautiful sunny day but with a chill wind from the snowy south. 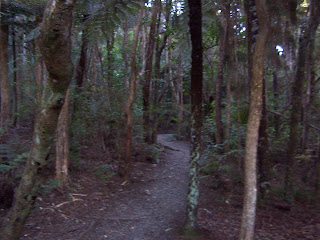 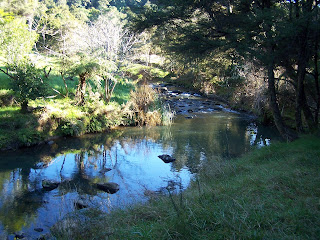 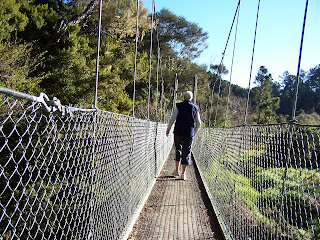 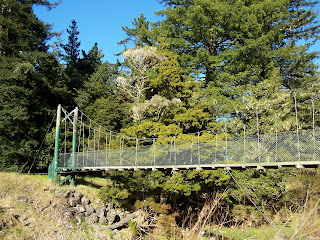 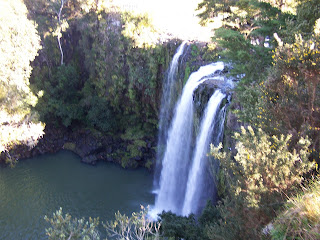 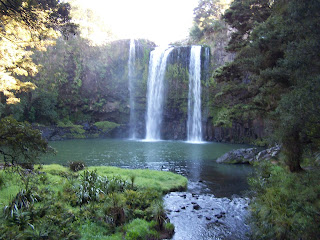 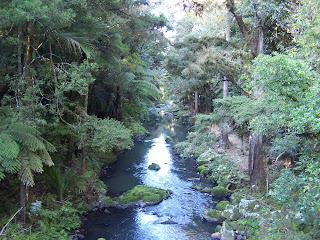 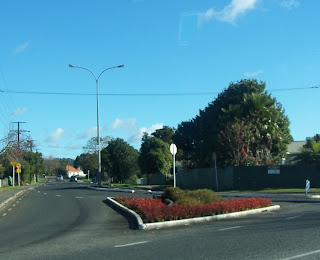 I took this last photo on the drive home to show what a lovely day it was although I wasn't very hopeful of it coming out.
Posted by Susan Heather at 4:41 PM