I had planned a catch up day with jobs that needed doing at home - housework, tax return, splitting firewood, pruning etc etc - the day would not have been long enough.

This morning I got a phone call to say that M. had a fall last night and was still unsteady on his feet so after I did some necessary errands I visited him.  He is having hallucinations again and didn't make a lot of sense but, luckily, had not hurt himself even though the carers found him flat on his back.  He has a habit of walking leaning backwards (I presume something to do with the Parkinson's.

Anyway, I got home late for lunch but went ahead and roasted some vegies to have with a lamb steak and had this with a glass of Merlot.  Consequently, I felt sleepy and put my feet up to have a short read and fell asleep for an hour until a neighbour knocked on the door. 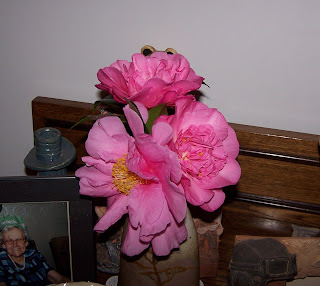 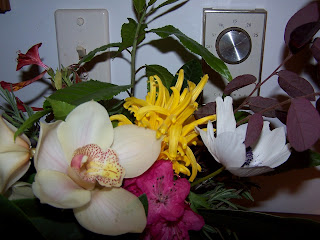 I then got up and split another load of firewood and picked some flowers.  The two different camellias give some added colour to the garden at this time of year.  The yellow flower I don't know the name of.  I had a red one and bought a pink and the yellow one earlier in the year and this is the first flower on the yellow.  They seem quite happy in shade.  Perhaps someone will tell me its name. 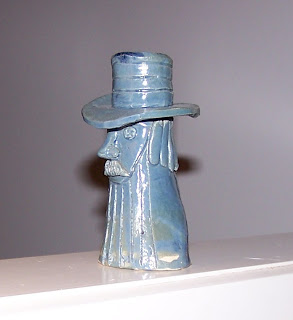 I just noticed the candlestick that Cro gave me many years ago in the first pic so will take one of it.  (I assume it is a candlestick although I haven't used it as that.)
Posted by Susan Heather at 5:46 PM

Email ThisBlogThis!Share to TwitterShare to FacebookShare to Pinterest
Labels: Flowers:general