The magnolia are in full flower and the bulbs are starting so spring can't be too far away.  There have also been far too many deaths among friends we left behind in the north and we always reckon spring and autumn are the worst time for deaths.

One of the funerals I would  like to have attended this week was that of a former neighbour.  She was the eldest girl in a family of nine girls and four boys (Same father, two mothers).  All the girls were named after flowers and her sister, Pansy, died just five days before her.  Rose was an amazing lady and we first met her when we moved north and were given her name when we needed firewood.  She cut and sold firewood among many other things to support herself and her son.  We attended both her 80th and 90th birthdays and many other family occasions.  We will miss her. 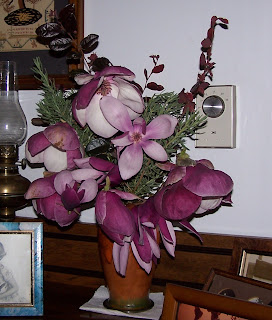 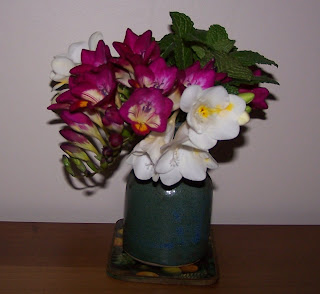 Posted by Susan Heather at 9:33 AM