On Monday, after the walk I visited my other half in the rest home and then a friend from Kaitaia who is down here in Whangarei Hospital after a fall.

I was fine then but I spent most of Monday night sitting on the toilet and felt rotten.  I felt a little better on Tuesday but stayed in bed and was unwell again in the night.

I phoned the hospital yesterday to see how my friend is and was told she was fine but today I was told she is in isolation.  They wouldn't tell me what she has but I know Norovirus is around in the hospital and some rest homes.  I don't think that is what I have.  Hopefully, tomorrow, I will feel like getting up and possibly going outside.

People have been wonderful - someone came and split firewood for me.  Another bought me some chicken breasts and bananas at the supermarket and yet another delivered free range eggs to me today.

I know that I could phone one of several people and they would help.  I still feel down though and it is because at times like this I miss my darling hubby as he once was.  Anyone in New Zealand who reads this I had a call last night to tell me that there is an excellent article on Alzheimer's in the latest (October) issue of North and South magazine - I haven't seen it yet but , once I am out and about I will buy it. 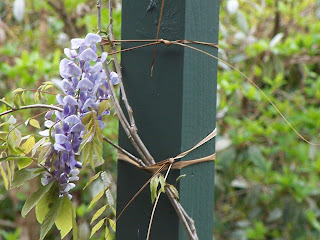 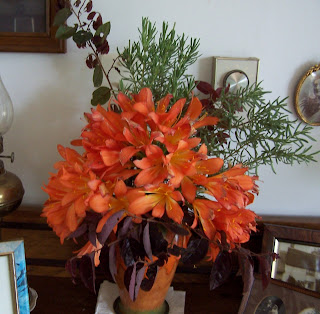 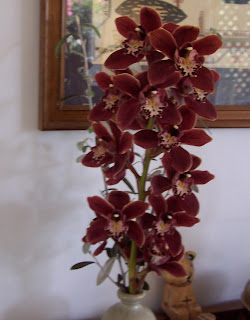 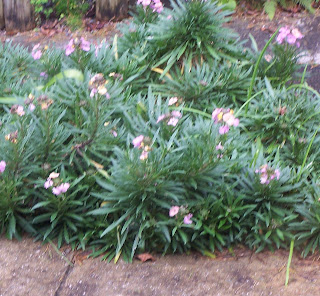 Anyway, on a more cheerful note the garden is showing signs of spring.  These photos are all from inside. The wisteria was a small plant growing in the middle of a flax bush  but is starting to come away and will, hopefully, cover the pergola in due course.  The perpetual wallflower spent many years in a pot (we brought it with us three years ago) but has flourished since being planted out.

I think I am finally finding my way about this new Blogger!!
Posted by Susan Heather at 3:30 PM