After I took the photo of the sunset on the first evening we went for another walk along the beach to the north.  We were surprised to come across this little fellow - when I first saw him he was in the hoofprint that he has just come out of.   I looked him up the other day and think he is an ornate skink which it says is in the decline.  He seemed out of place on the beach. 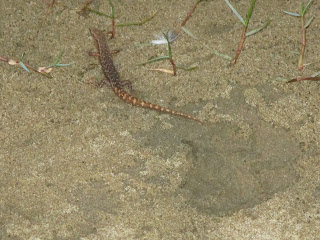 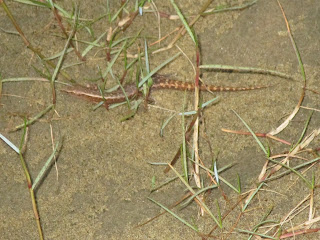 Although there are tyre marks on the beach we only saw one other person until the final day when there were several gathering shellfish (even though there was a warning about eating shellfish in that area due to a toxin). 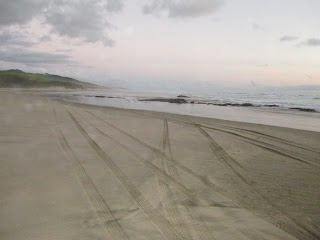 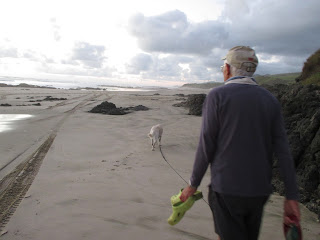 Posted by Susan Heather at 3:08 PM

Email ThisBlogThis!Share to TwitterShare to FacebookShare to Pinterest
Labels: Mitimiti