TRIP TO MITIMITI - THE JOURNEY THERE.

We decided to take a four day break.  The daughter of one of Doug's neighbours and her husband own the Mitimiti Beach House (the only accommodation I could see available in Mitimiti).  The good thing was that Sophie (Doug's labrador) could come as well.

I have wanted to go to Mitimiti for a long time - it is remote the nearest shop is about an hour away so one must take all ones food (and that for the dog).

We set off on Tuesday morning and stopped at Kawakawa, which I have posted about before, where we had a coffee and an apple and berry slice for Doug and absolutely delicious gluten free chocolate brownie for me.  Next stop was Kohukohu on the northern side of the Hokianga Harbour.  I had been there many times but it was Doug's first visit. 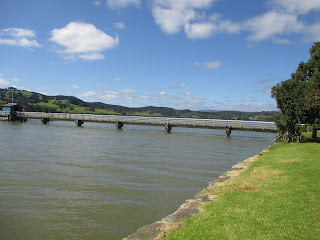 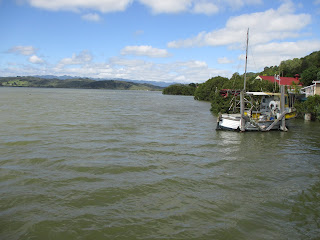 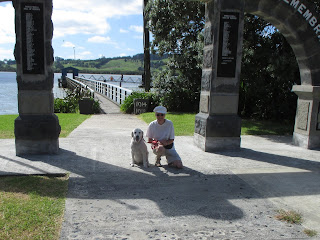 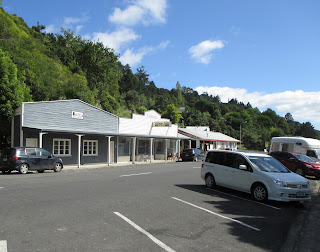 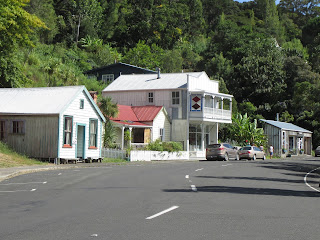 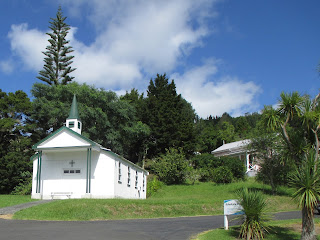 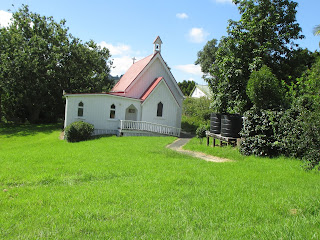 The church isn't on an angle - just the photographer!!

From there we continued on towards Mitimiti and took a detour to St Mary's Church.  Bishop Pompallier's remains were returned there in 2002.  It was a delightful church although not the one on the Harbour that we had been expecting. 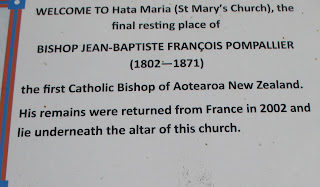 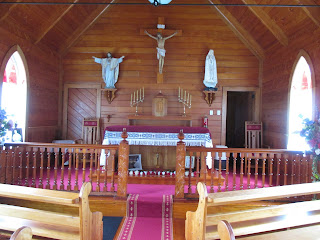 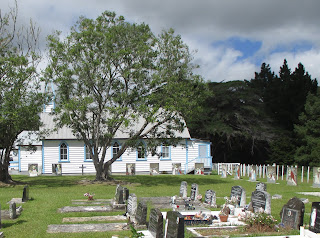 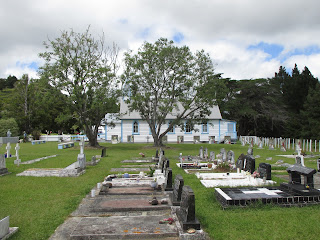 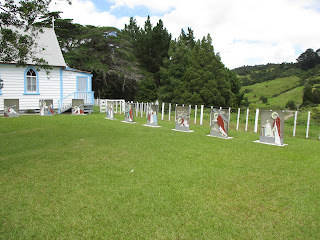 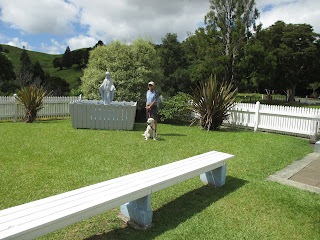 Posted by Susan Heather at 3:50 PM

Email ThisBlogThis!Share to TwitterShare to FacebookShare to Pinterest
Labels: The Hokianga