Saturday always seems to be a busy day. We usually start at 6 a.m. and head off to the Growers' Market, then walk Sophie at the Town Basin before heading to the supermarket then home to put it all away before  breakfast.

I always like to have portions of cooked mince in the freezer for quick meals so bought some mince this morning and the first job after breakfast was to cook the mince.  I always add lots of vegetables and today included this home grown capsicum. 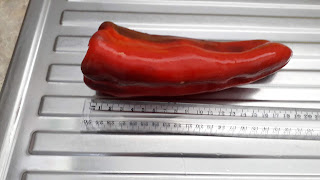 At the market we bought some local bananas.  We have been buying them for a few weeks now and they have a much better flavour than the imported ones. 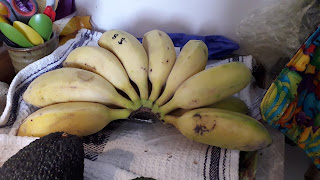 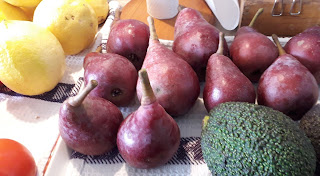 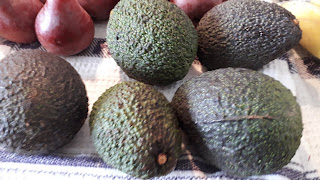 still have home grown tomatoes and some went into the mince. 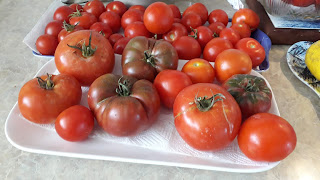 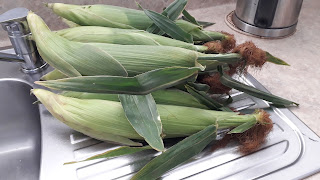 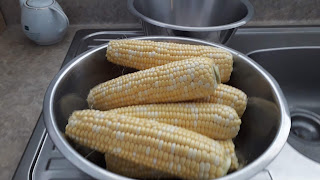 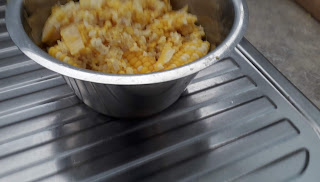 then after chilling packed ready for the freezer.  I find this so useful over winter and just pull a pack out of the freezer for an extra veg or to go in some soup.  I will do this each week for a few weeks now.  Last year's supply worked out well as we have just used the last packet. 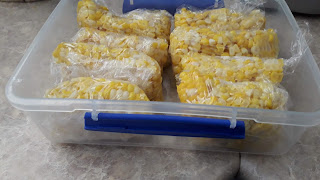 There are some more of the red capsicums ripening but also these smaller yellow ones. 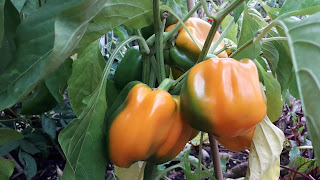 After we had some of the mince for lunch I removed some scarlet runner beans and then sowed some purple King beans as it says they can be sown until late summer.  Fingers crossed for a late crop.  Most of the beans have finished now although we still have some late Dalmation Beans as well as several I have let set seed.

Meanwhile, Doug has finished painting the ceiling of the deck and today built a frame for some more of the greenery for shade.
Posted by Susan Heather at 8:31 PM