The weather has been wonderful and we have been busy.  Yesterday, we had planned to get things done in the garden but with daylight savings we seem to get off to a later start.  We were just about to get started when Doug's youngest daughter arrived so it was time for a cuppa.  We had the cuppa and chat when she had a text from her eldest son to say he and Theia (17 month old granddaughter were on their way to her place so plans were changed and they came here instead).  More chatting and catching up followed by going into the park behind us and to the swings and slides.  They were just about to leave after 1 p.m. when his partner arrived so a bit more chatting and they all left so Doug mowed the lawn while I got us some lunch.  (Both daughter and grandson had offered to mow the lawn).

Doug mowed the front lawn, came in for lunch and while I did the dishes he did the back lawn.  By this time we were ready to put our feet up and read.

Today was another lovely day (21 degrees C forecast)  The Parkinson walk was around the Loop so we left home at 9 a.m.  - there were just eight of us but it was a perfect day for a walk. 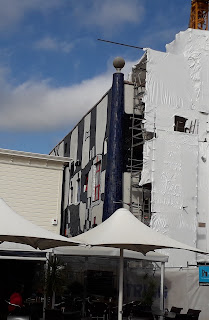 then some of the lovely brickwork 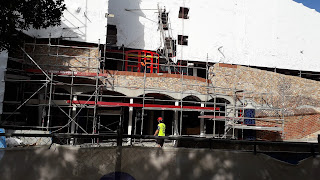 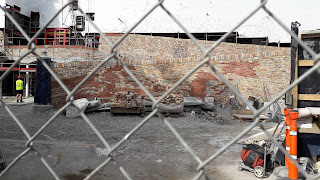 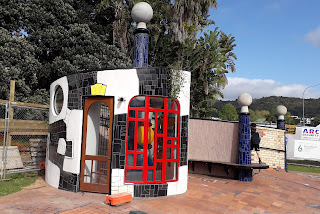 then more views as we walked around the Loop.  It is good to see it so well used. 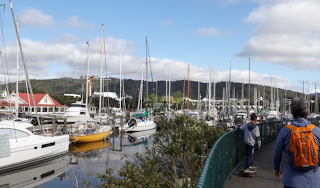 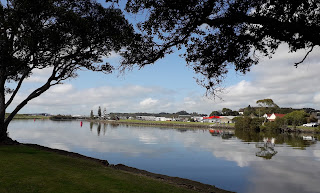 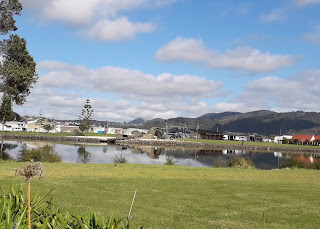 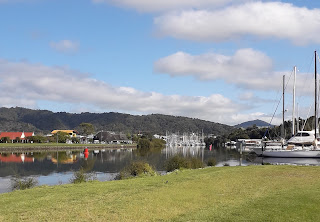 We had our usual tea/coffee after the walk and then as we were driving I took this photo from the car of the other end of the wall in the first photo. 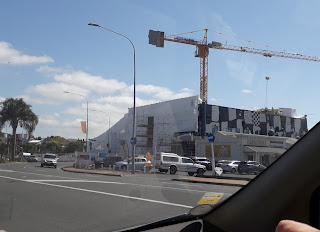 We had to go to the Main Library so called in at the Town Hall to vote at the same time.  It was then the supermarket for our weekly shop before getting home for lunch at about 1.30 p.m.  We had just got home when we had a phone call from a neighbour asking us over for a cuppa at 3 p.m.  There was time to put the groceries away, have a quick lunch and do the dishes before walking across the road.  Just after 4.30 p.m. we came home and got the rubbish and recyclables ready and put out for tomorrows collection.
It is now time to do the crossword and, I hope an early night.  Doug is only allowed water after 6 a.m. tomorrow.  He has to be at the hospital at 11 a.m. for his hernia operation.
Posted by Susan Heather at 8:56 PM