We both had a good night and first thing this morning Doug fed the cats and birds while I attended to the tomatoes as they needed tying to their stakes and some leaves cutting back.  Doug is doing very well.
After breakfast I finished the job and did some dead heading and, unbeknown to me Doug got the hose and washed some bird poop off the kitchen window.  We discovered much later that he forgot to turn the hose off and it blew apart at a join.  Never mind it is not the end of the world., I have done it myself before now.
Doug slept for the rest of the morning and only wanted a boiled egg for lunch.  We knew friends were going to call in after lunch and his eldest daughter arrived as well.  Once they had gone it was time to put our feet up.  I read my book and Doug had another "healing" sleep.
We had the fan going in the back porch while we all chatted and have had various fans going in the house as well as it is 30° today, too hot for us.
Bobby wants to help cutting up some sirloin steak.. 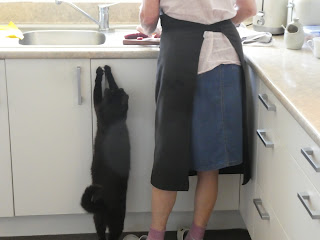 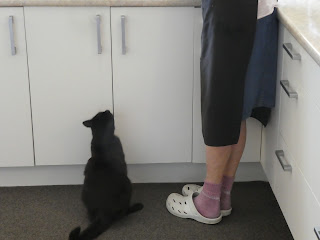 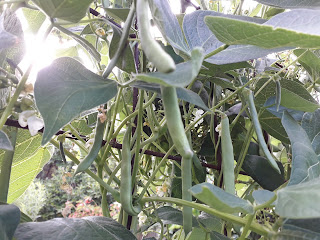 as are the tomatoes, these are Black Krim. 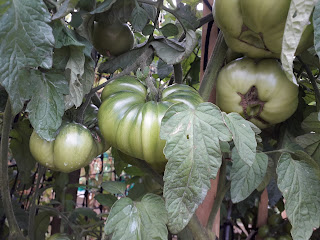 The pots at the front door will be good when they have grown a bit more. 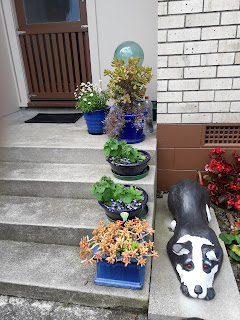 One of the many red roses we have (all from a cutting from Doug's youngest daughter's garden). 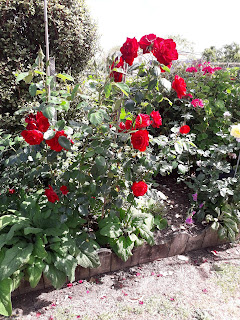 These daisies are flowering well 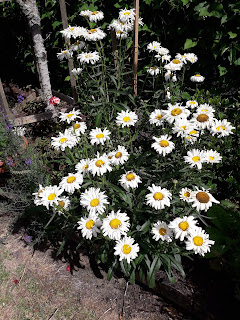 The Tithonia Goldfinger has very small flowers compared to the size of the leaves and plant.  I bought the seeds as they are good for butterflies. 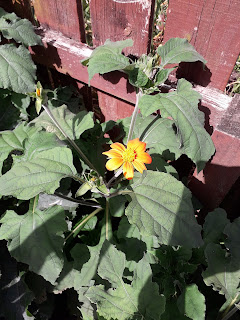 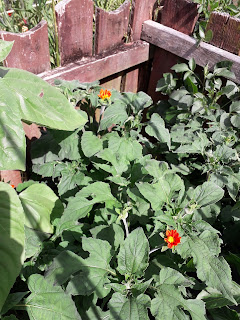 This is a large flowered dahlia. 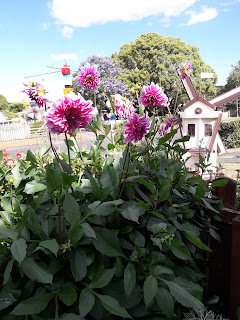 Neighbours from across the road have just phoned to see if we want a hand with anything and Doug's youngest daughter has said the same and, if she can't do it, one of her children will.
Posted by Susan Heather at 4:45 PM