Doug had an enjoyable birthday yesterday.  We stayed home and he spent a lot of time on the phone with calls from his daughters, grandchildren, sister in Perth and a nephew.  The new oven worked well and we enjoyed a roast chicken with his youngest daughter as well as some of the cake I made him.  In the afternoon some friends we have not seen for a while called in and the cake was almost finished by the end of the day.

We have been talking about getting back to doing the longer circular walk from home and, this morning, Doug suggested that we do it as it was a nice fine day.  The red is our daily 1.75 km walk and the purple the walk we did today which took us 1 hr 30 minutes. 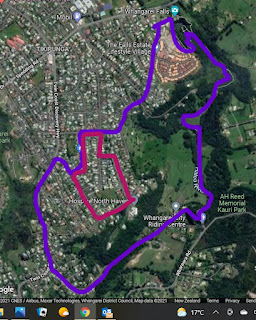 There were signs of spring all along the walk. 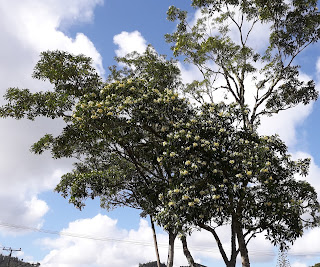 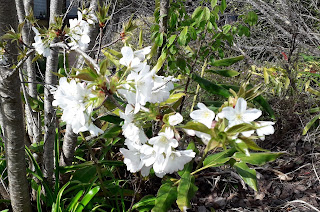 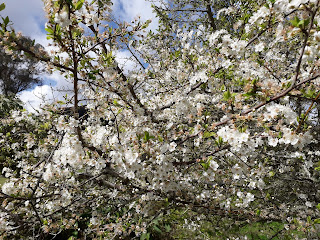 The lovely old chestnut tree has come into leaf 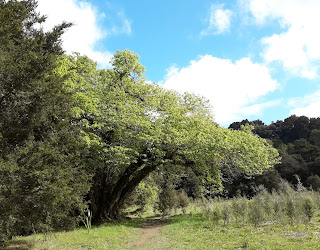 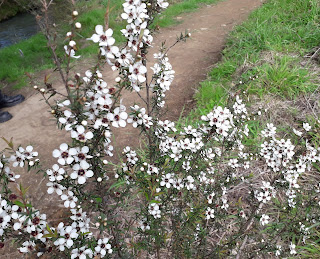 It is very tranquil walking alongside the river 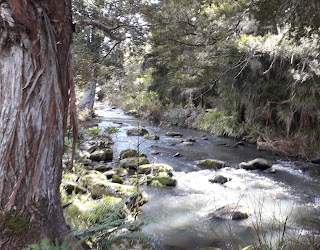 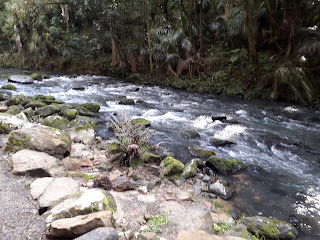 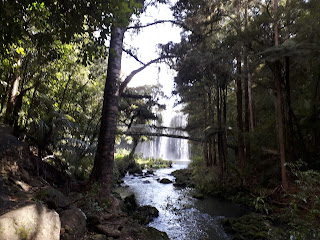 Then up the hill alongside the Falls 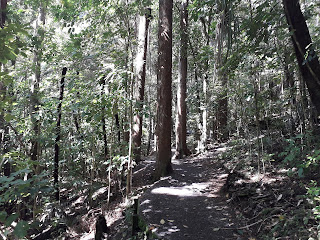 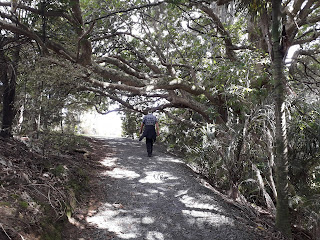 A pair of teddies watching over everyone from the Retirement Village 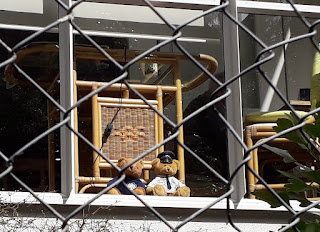 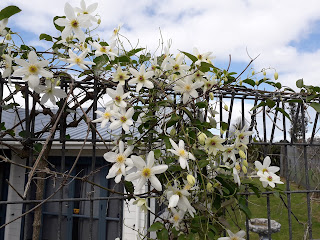 Someone has been busy making these delightful toadstools 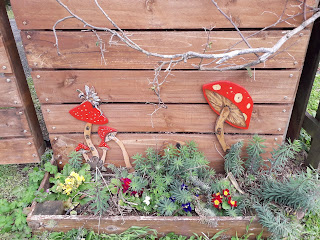 Nearly home and looking down to where we have been.  The river is just behind the far paddock with the cow in it. 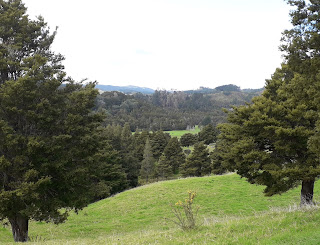 There is a longer walk we can do taking in more of A.H. Reed Park and we have not done that for a while either.

We had just got home when a grandson arrived with his partner and daughter so it has been another enjoyable day.

Posted by Susan Heather at 2:58 PM