The time has just flown.  Of course, Saturday was a momentous day here as Jacinda was re-elected.  I gather our electorate had the closest result with the incumbent National Party candidate having 179 more votes than the Labour Party candidate so it will be determined by the Special Votes and we will not know the final result for another ten days.
On Sunday we were quite tired after all the rushing around on Saturday getting the trailer sorted but we did get some seeds and seedlings in the ground.
On Monday we went on the Parkinson Walk in the morning.  It was the same walk Doug and I did alongside the river last week although we went as far as the Falls this time and came across this little fellow who appeared to be on his own. 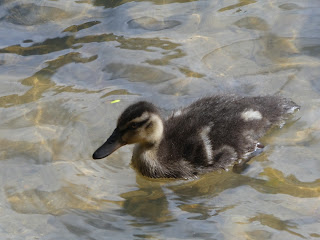 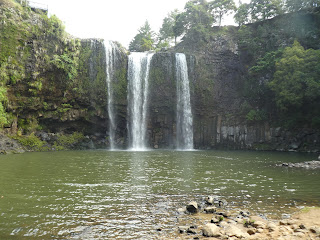 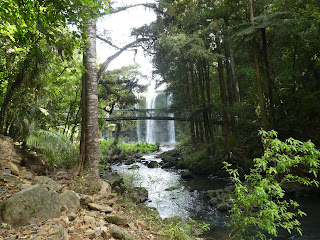 When Doug and I did the walk last week we only went as far as the swing bridge. 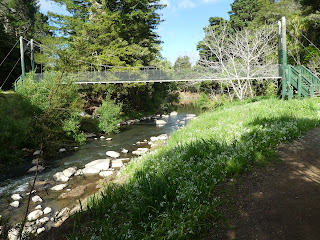 After the walk we always go for a coffee and chat and then Doug and I went into town to de-register the trailer.  There was a very long queue of people mainly for driving licenses.  Anyway, we were told that a cheque will be in the mail for the money I had paid for next year's registration which surprised me as cheques seem to be a thing of the past and the payment for the trailer was made directly to our account.
By the time we had sorted it out it was nearly 1 p.m. so we decided to have lunch down at the Town Basin and then had a couple more jobs to do including taking my phone in for repair as it has been shutting down.
We were both shattered by the time we got home.  Today we did more work in the garden and I discovered that some of the lettuce seedlings that I had planted  had been attacked by birds.  This is the worst one.  I had just been talking to a neighbour who had this trouble but as I planted these seedlings in amongst other lettuce plants that were o.k. I didn't think I would have trouble. 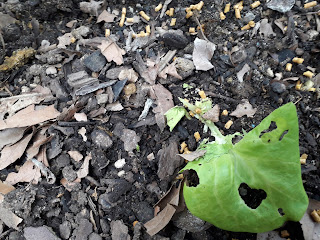 In the afternoon we went  to get some grain for the birds and timber before picking up my phone which is now working properly.
We also had a phone call asking if we wanted some more firewood (it was 24 degrees C. today) but we said yes and it will be delivered in the morning.  So tomorrow will be spent at home (hopefully) apart from going across the road for a cuppa with a neighbour who is turning 90.
Posted by Susan Heather at 8:55 PM