I was born 77 years ago today in an English winter.  It doesn't seem possible - the years just fly by.  I said I just wanted a quiet day and it started with phone calls from the Welsh border, Canada, Australia and Auckland and messages from around the world.  We decided that we would drive down to the Town Basin as we have not been there for a while.

The gardens around the large sun dial were looking good. 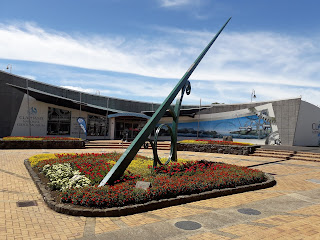 as were the gardens next to the Fudge Factory which sells delicious ice creams as well as fudge. 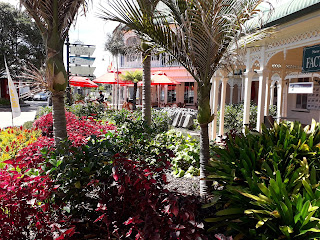 This was the view as we ate our ice creams 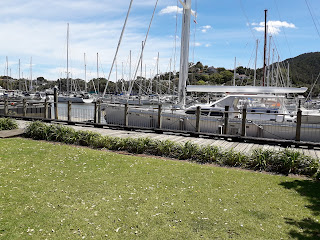 and the view of the new Hundertwasser building taken from the river with the large crane which has been there for over a year. 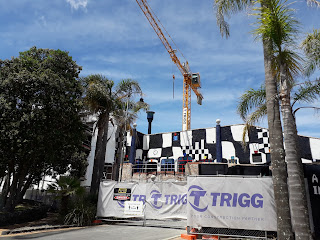 After that we came home and cooked lunch between us and then put our feet up to read.  I was just about to make a cup of tea when a neighbour turned up so the three of us have just had a cuppa and now it is time to water the garden.

Every night, at the moment, we have a new episode of the English Repair Shed so after the News we will watch that.

Posted by Susan Heather at 5:37 PM