Yesterday, I got a request for a photo of the doves at their feeder.  They are fed on an old round plastic table (about a metre wide) .  To start with it was just the table but the cat from two doors down kept catching the birds so the plastic legs went and it was raised on a wooden frame.  He still managed to catch the odd bird so it was raised a second time hence its odd look.  Unfortunately, the doves still flick grain onto the ground and then go down there and get caught occasionally.  The piece of plastic netting in front of the lemon tree is to slow the cat down - there are pieces of netting all around the garden to stop him hiding. 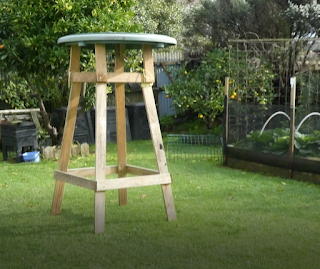 We have tried many times to get a photo of the doves feeding but as soon as one thinks of getting the camera they all fly away.  Anyway, Doug persevered this morning.  (The forecast had been rain but we enjoyed a dry morning.)  Every time they were on the table and he went to take a photo they all flew up on to the workshop roof. 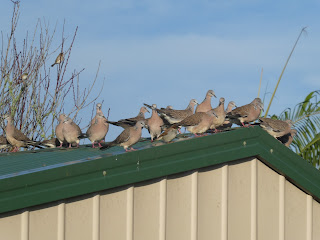 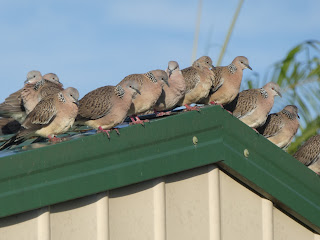 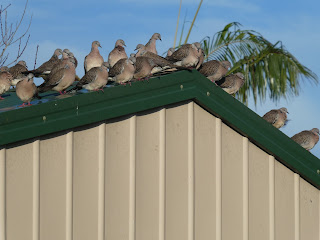 He did manage to get a good shot of the White eyes at their feeder. 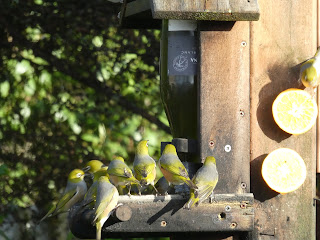 and FINALLY managed to get a photo of some of the doves on their feeding table. 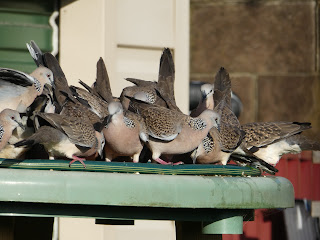 Posted by Susan Heather at 3:11 PM